Child developmental leaps – what are they, what are their symptoms and how to survive them?
Added: 31-07-2020 in category: Blog author: Lulanko 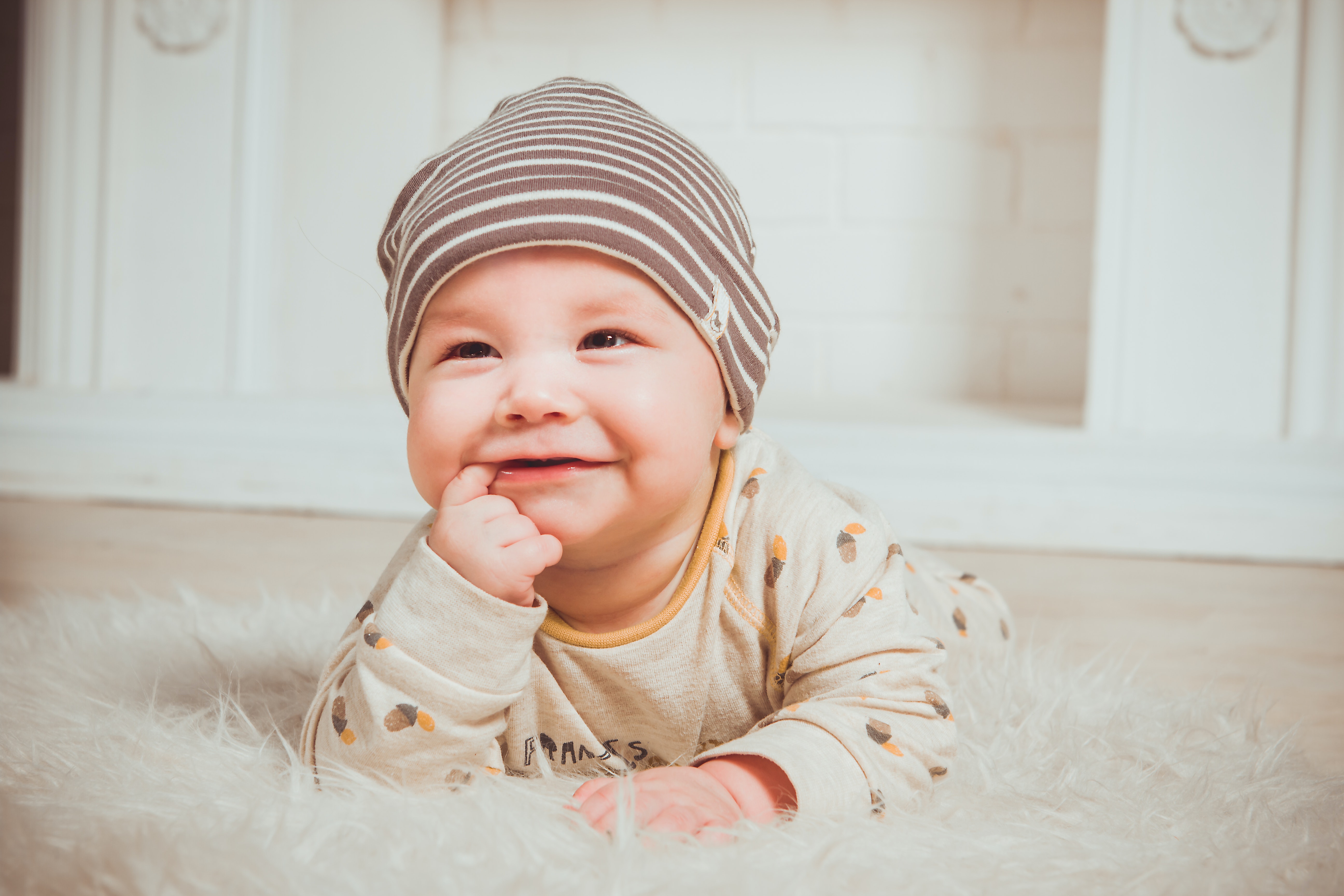 Has your baby suddenly become restless and irritable, crying more often? Trouble sleeping and fussiness? Do you feel like your baby has “forgotten” some skills they already acquired some time ago? Does it seem like someone has “switched” your child, as your angel has suddenly turned into a little devil? It’s very likely that what you’re about to face is a developmental leap, i.e. a moment when your little one acquires new skills. The change in your baby’s mood will soon pass. Remember, they need more understanding, patience, and tenderness now. How can you survive your baby’s developmental leaps?

What are developmental leaps and when should you expect them?

Every developmental leap makes your baby feel, see and understand more than ever before. In simple terms, the growing brains open up to take more in. Intense changes, both physical and mental, are initially difficult for the little one, as they suddenly discover new skills and areas yet are unable to cope with the increased brain activity. Thus the temporary change in behavior. The rate of change in the behavior of children is, of course, diverse – some kids go through this time showing almost no symptoms, but others turn their families’ lives upside down for a while. In the first year of a child’s life, there are as many as seven developmental leaps (after about 5 weeks, 7-9 weeks, 11-12 weeks, 4-5 months, 6-7 months, 8-9 months, and 11-12 months, respectively). In subsequent years, they are less numerous. When they occur is only a mere approximation, as each child develops at their own individual pace.

Developmental leaps – how do they manifest themselves?

Most developmental leaps follow a similar pattern. You can usually see a change in your child’s behavior a few days (or even weeks) prior to the leap. The older the child, the longer the pre-leap change in behavior may be. In most cases, before such a leap, the little one becomes restless, irritable, and fussy. It cries more, cannot fall asleep, wakes up at night, has less appetite, and shows a greater need for closeness and attention. It can also be the case that the child temporarily “forgets” what they have learned so far. Changes in behavior are connected with new stimuli that the brain has to face. Suddenly there’s more information to process, which may cause your child to feel uncomfortable and less confident. Getting used to the new situation takes time – hence the feelings of anxiety and fussiness. After this period of change in behavior, parents suddenly notice that their child has acquired new skills.

What changes after developmental leaps?

First developmental leap (around 5 weeks) – the senses are developing, and the infant picks up external stimuli better: they see and hear better, and have a better sense of taste.

Second developmental leap (around 7-9 weeks) – the child distinguishes external stimuli, recognizes mom’s voice and scent, discovers their hands, and tries to roll over from their tummy onto their back.

Third developmental leap (around 11-12 weeks) – the child recognizes differences in voice tone and light intensity, follows sound sources, smiles in response to a smile, and plays with their hands.

Fourth developmental leap (around 4-5 months) – your child becomes more “communicative”, understands simple messages and “responds” to them, reaches out for toys, recognizes their own name, and begins to show an interest in the world.

Fifth developmental leap (around 6-7 months)– separation anxiety kicks in – the little one doesn’t want to be parted from the parents, needs closeness, begins to understand the relationship between situations and begins to recognize details.

Sixth developmental leap (around 8-9 months)– separation anxiety and distrust or fear of strangers increase, the intelligence of the child is developing intensively, and their coordination is improving.

Seventh developmental leap (around 11-12 months) – the child already knows a lot, discovers the word “no” and uses it consciously, understands sequences of events, daily rituals become important for them, mimics animal sounds, and matches shapes.

How do I make it easier for my child to go through a developmental leap?

The developmental leap is inevitable – it shows the development of your baby’s brain and nervous system, so don’t fear it. However, remember that this period is not only a nuisance for the parent (because the little one is fussy and irritable), but above all, it is very difficult for the baby, who’s unaware of it. During this time, your child needs closeness, time, tenderness, and understanding. They are a handful, they cannot sleep, they cry without reason, and they turn into a small devil, or even a terrorist, who sets new rules at home. You just need to let this pass –don’t stress out about the changes in behavior and don’t fight them. Instead, give your baby as much support as they need. Even the most difficult developmental leap will eventually pass – and your little angel will return, equipped with new skills to boot.

Read about SLEEP REGRESSION: WHEN YOUR BABY STARTS TO HAVE TROUBLE SLEEPING

Do you want to know an effective method for your child's sleep?

up
Shop is in view mode
View full version of the site
Sklep internetowy Shoper.pl